The film is based on a story Mala Aai Vhhaychy by Samruddhi Porey. The screenplay is penned by Utekar and Rohan Shankar. The dialogues are written by Rohan Shankar. First things first, it’s a very interesting story. Although it remains a film on surrogacy and talks about it at length, it doesn’t remain restricted to it in approach. What it means is that although there is a very strong lesson imparted, the screenplay and the construction of scenes have a distinct flair encompassing so many different moods that you are pleasantly blown at the writing. Much more than story, it is the screenplay that impresses. It’s not an easy film to write but the writers have managed it really well. 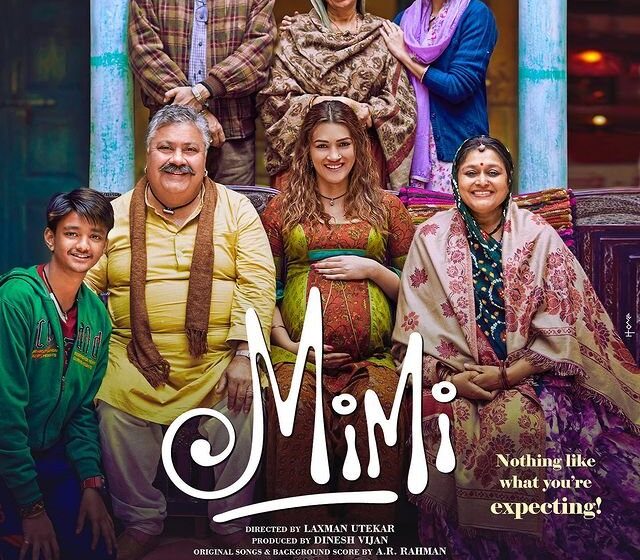 One moment you are laughing. Immediately pops up a scene that chokes your heart. And suddenly one line that again makes you burst into a laughter. And things happen organically and not for a moment does it seem forced. The characters are enjoyable, the situations created- sometimes a little far fetched, but cinematically rooted. You may also question the legality of the matter initially when you see things going haywire. The makers have tried to answer all your queries, but the extreme rational people may still have their doubts going- ehh, how can this happen? For a film to happen, it can happen. And that’s not the only excuse for makers. What they have shown with respect to the seriousness of the issue, is spot on.

You would wonder, what would happen after the things that you saw in trailer took place in the film? That’s the interval point. But even then the film has enough substance to keep you hooked. There are many moments of predictability here, especially the end note. But Utekar keeps the charm of the drama alive, by fusing it with more conflicts, right till the final act.

The best part about the film is that it is thoroughly entertaining and the serious issue never makes it a dull affair. That’s also something to learn from the maker. Cinematographer turned director Laxman Utekar takes a high flight from his previous Luka Chhupi and proves that now he is here to stay. There are scenes accentuated by crisp direction- moment when Mimi steps into cowdung, or Shama’s (Sai Tamhankar) father’s encounter with Bhanu (Pankaj Tripathi) or the labour pain scene. These are just some moments wonderfully directed, giving you in volumes the effect of cinema.

Rent out your apartment yourself in 2021

Industry-wide leap towards custom printed boxes that is turning heads:

HOW TO PURCHASE A WEDDING DRESS?